Having had very little R&D-related leaks to the press in the days prior to the Budget, we wondered whether today would be a quiet day for innovative UK companies. However, the Chancellor of the Exchequer, Rishi Sunak's Spring Statement delivered some significant and unexpected changes pertinent to R&D tax relief.

The Government has announced that tax reliefs for R&D will be expanded to include pure mathematics as a qualifying activity. Having included it in our most recent consultation response, this is something that we have been calling for and welcome the positive effect it will have. This will be especially impactful for sectors like AI, fintech, machine learning, quantum computing and robotics. These sectors are some of the leading UK future growth areas so it's only right that they will get this extra boost.

Another area we have been pushing the Exchequer on has been the rate of relief available under the Research and Development Expenditure Credit (RDEC) scheme. RDEC which currently gives large companies approximately 10.53p back for every £1 spent on eligible R&D will lose generosity as the main rate of corporation tax increases over the next few years. Today the Chancellor announced that the generosity of the RDEC scheme will be boosted to ensure it is more competitive internationally. Furthermore, he also confirmed the review of R&D tax reliefs is ongoing, with further announcements expected in the autumn.

The Chancellor also confirmed that from April next year, cloud computing costs associated with R&D will qualify for relief. Importantly, storage costs will also be included.

In a change from previous announcements, the government confirmed that there are circumstances where it is necessary for R&D activity from UK-based businesses to take place overseas. Now, overseas activity will only qualify where it is accepted that the required conditions for the work are not present within the UK or a regulatory or legal requirement for it to take place abroad exists.

However, in a move to prevent companies submitting fraudulent R&D claims, the Government also announced that they would be doing more to tackle abuse of R&D tax reliefs, particularly in the SME scheme, a move that MMP applauds. Although it is unclear the exact mechanics of this, it is likely there will be increased scrutiny on R&D claims and additional filing requirements.

Regarding more general tax measures, as we predicted in our preview of this Spring Statement Budget, the annual National Insurance Primary Threshold and the Lower Profits Limit will be increased to align with the income tax personal allowance. A rise from £9,880 to £12,570 will come into effect from July 2022.

Several measures to support small businesses were also announced. The government will continue to cover 90% of costs for the 12 week course Help to Grow: Management, as well as to subsidise 95% of apprenticeship training costs for SMEs that do not pay the Apprenticeship Levy.

An increase in the Employment Allowance, will mean eligible employers can reduce their employer NICs by up to £5,000 a year.

Once further detail is received on how the R&D tax relief changes will be applied, we will update our insights page, so stay tuned!

If you have any questions on how the above will impact your business or your current and planned claims, please get in touch or to speak to one of our team 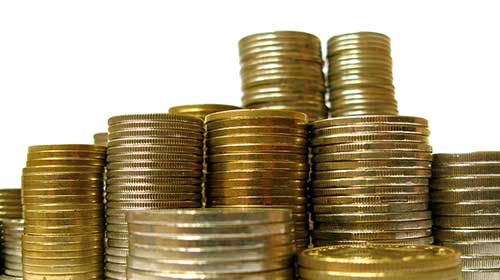